PETER CARLSOHN (JERUSALEM, XT) RELEASES NEW MUSIC VIDEO
FROM THE ALBUM “OUT OF THE BLUE” TODAY

Uppsala, Sweden. June 17th, 2022
Today, Peter Carlsohn (Jerusalem, XT) releases a music video for opening track Holy Ground from the debut album Out of the Blue. This is the fifth music video from the album, that was released August 7th, 2020 by JONO and Sound Pollution. A pandemic came in between, so now Peter follows up with more music videos and then aims for a release concert.

Today, the fifth music video from the album Out of the Blue by Peter Carlsohn’s The Rise is released on the band’s official YouTube-channel. Like previous videos for the songs I Want It All, the rock anthem Sing the Song, and the calmer songs Gloria and Shine Your Light, this video is also produced by Fredrik Stjernlöf. Holy Ground is the opening track on the album and a song that in many ways musically and lyrically sums up Peter Carlsohn’s The Rise.

“It has been very inspiring to make this video together with Fredrik and the band, both at home in Sweden and in Israel,” said Peter about the video. He concludes:

“As the pandemic made the possibility of concerts more difficult, we have had time to work with three more videos, of which this will be the second. Normally, you make one video for an album, but I made a few more. I think it’s a great way to express yourself.” 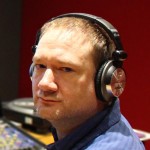